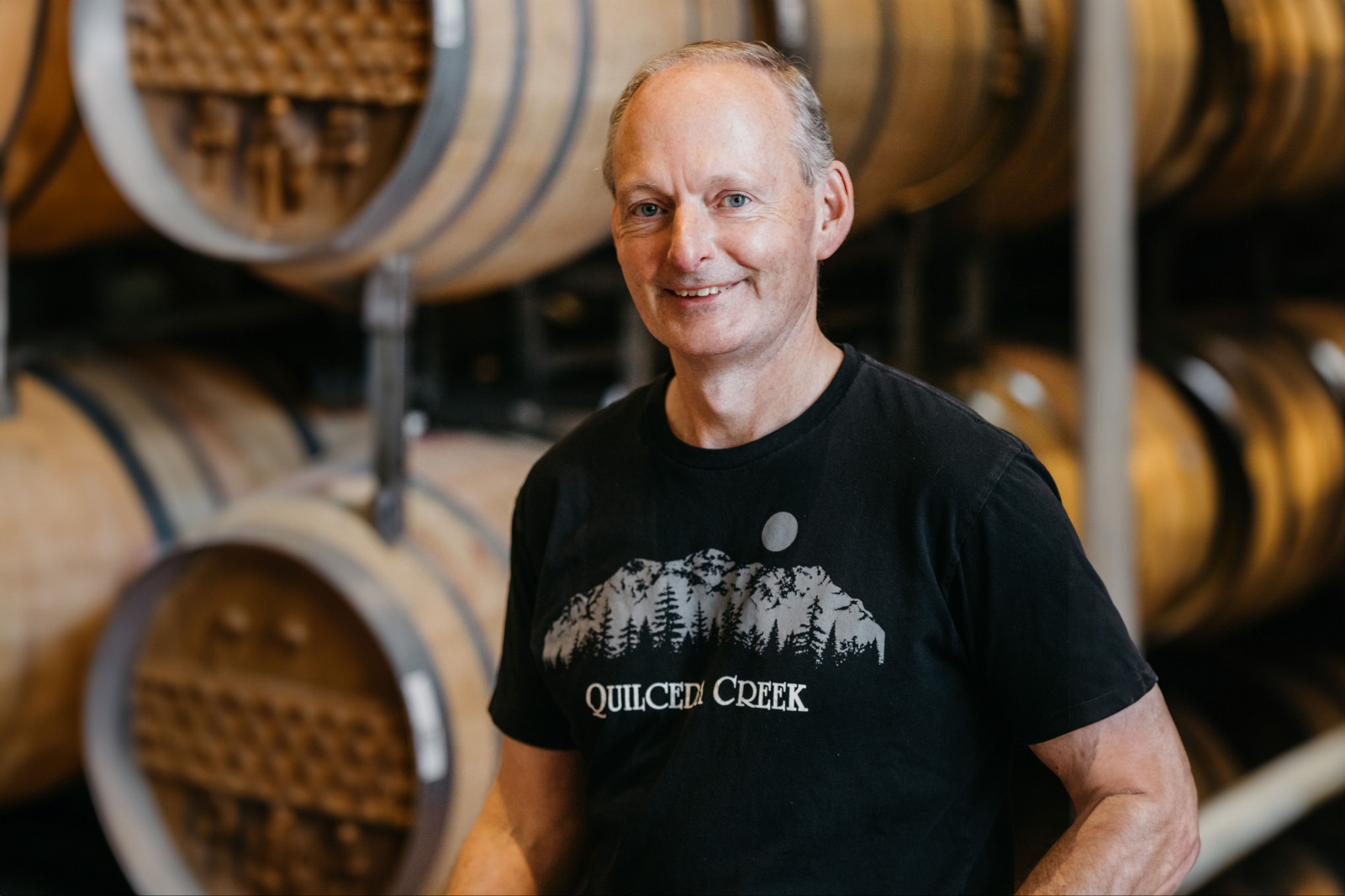 Mike Doherty was on track to earn his Enology Certificate from Washington State University when COVID-19 hit, forcing the school to delay the “wine camps” necessary for certification. He pivoted quickly, applying for harvest internship positions at Washington State wineries, including Quilceda Creek. Hired by Quilceda for the harvest of 2021, Mike has been part of the team ever since.

When Mike arrived at Quilceda Creek he had plenty of winemaking experience, though not necessarily in a professional capacity. He spent the first thirty years of his career at Boeing Commercial Airplanes, where he progressed through roles of increasing responsibility in industrial engineering, manufacturing, finance, estimating and supplier management. On the side, Mike’s vacations were spent visiting wineries in Napa, Sonoma and Santa Barbara as well as Washington, stoking an interest in wine that grew when his job at Boeing brought him to southern Italy for several weeks at a time. As he became more intrigued, Mike began volunteering at nearby wineries, working crush, helping with bottling, etc. In 2010 he began making wine at home with grapes purchased from vineyards in Washington and Oregon.

In 2018 Mike became president of the Boeing Employee Wine and Beer Making Club, having been a member for several years. The club, which has been in existence since 1971, offers winemaking classes to employees along with purchasing 15-20 tons of Washington and Oregon grapes each year to provide members with hands-on winemaking experience. Although he retired from Boeing in 2020, Mike continues in his role as the club’s president and teaches the beginning winemaking class.

At Quilceda Creek, where he is in charge of overseeing all winery facilities, Mike puts his experiences at Boeing as well as winemaking to excellent use. He is an astute project manager who interfaces with contractors, receives and reviews estimates, manages upgrades to equipment and infrastructure and handles all necessary maintenance. He also works harvest and assists in cellar tasks on a regular basis.